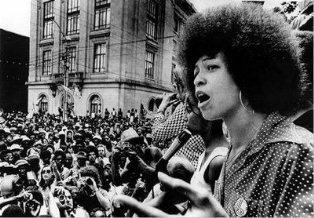 Join the Mizzou Campus in celebrating this years Black History Month.  This years theme is “Black Women in History and Culture.” Join us in honoring the efforts of African American women to destroy slavery and inaugurate universal freedom in the U.S.  African American women have not only impacted our communities but the nation at large. Please check our event calendar for upcoming events or download the calendar: BHM calendar 2012-poster.

From the American Revolution to the present, African American women have played a myriad of critical roles in the making of our nation. Their labor and leadership, their motherhood and patriotism, and their intellect and artistic
expression have all enriched both the African American community and the nation at large. In slavery and freedom, their struggles have been at the heart of the human experience, and their triumphs over racism and sexism are a testimonial to our common human spirit.

In American culture today, many know of the accomplishments of a few prominent figures. From Phillis Wheatley, the unlikely American patriot during the Revolutionary War, to Harriet Tubman, the leader of the Underground Railroad from slavery, to Ida B. Wells, the unyielding opponent of lynching, to Rosa Parks, the mother of the modern Civil Rights Movement, black women have been notable for standing against oppression. From Gwendolyn Brooks to Toni Morrison to Rita Dove, they have distinguished themselves in American letters, and in recent years they have been recognized as actors and recording artists with Academy Awards and Grammys.

The accomplishments of these exceptional women are the expressions of a vibrant culture in which African American women play a singular role. The labors, struggles, organization, and sacrifices of common women have made
possible the prominence of heralded individuals. In churches, community groups, literary societies, sororities, and advocacy organizations, African American women have been the core of organized black life, but here their strivings have often escaped the gaze of the public and hence their history is too little known.

Their story is unique in the annals of American history. Black women were held as slaves and middle-class black women labored while their counterparts were housewives. Subjected to a long history of stereotypes about their
sexuality, morality, spirituality, and intellect, African American women have never succumbed to victimhood and have pressed forward to uplift themselves, their families, and their community.